Home » News » As Trump goes on trial, so does the conscience of the Republican party
8:50:00 AM

As Trump goes on trial, so does the conscience of the Republican party 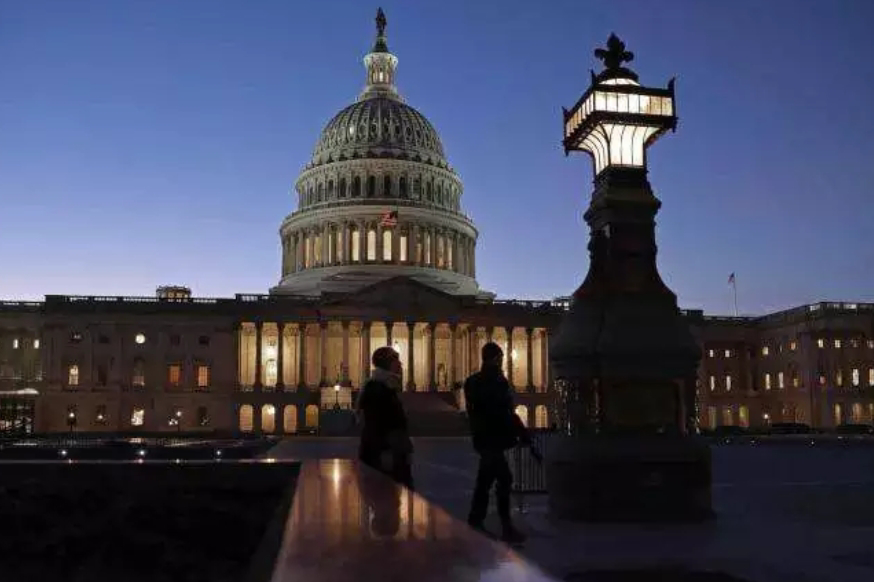 A lone figure in a blue suit slipped quietly into the front row of the Senate public gallery just before 3.30pm on Tuesday and gazed down at his former colleagues.

Jeff Flake, the former Republican senator from Arizona, had returned to Washington to witness two trials. One was that of an impeached American president accused of strong-arming a foreign government for his own political ends. The other was a trial of the conscience of the Republican party.

Perhaps Flake, a “Never Trumper” who quit the Senate a year ago, noticed how majority leader Mitch McConnell and several fellow Republicans sported bright red ties and white shirts reminiscent of Donald Trump himself. Coincidence? Perhaps he saw, too, how unmoved they appeared by Democrats’ appeal for a fair trial with witnesses.

But perhaps he also spotted senators Susan Collins and Lisa Murkowski listening intently and taking copious notes and wondered, at least for a moment, if the grand old party could still untether itself from the demagogue in the White House.

“History is watching,” they were warned. Busts of former vice-presidents, including John Adams, Thomas Jefferson and Aaron Burr, glowered from niches above the public gallery where teenage spectators looked twitchy without their mobile phones (banned by the rules of decorum).

If Flake hoped to be a ghost at the feast, pointing an accusing finger, he would first have to sit through a trial within a trial over the rules of engagement. McConnell started out by addressing an empty chamber to propose a resolution that would rush the trial through with sittings into the early hours, a move likely to satisfy no one but political insomniacs.

As McConnell went on, Chuck Schumer, the Democratic minority leader, sat down and gave his nose a hearty blow in a white handkerchief. He spoke in opposition to the resolution.

“On something as important as impeachment, the McConnell resolution is nothing short of a national disgrace,” he railed, pointing a finger at Republicans’ empty desks. “This will go down, this resolution, as one of the darker moments in the Senate history. Perhaps even one of the darkest.”

As he spoke, senators gradually filtered in. Jon Tester of Montana let out a magnificent sneeze. Kyrsten Sinema of Arizona crossed the floor in a lurid pink coat – was it fur? – and bright yellow boots. The Senate chaplain, Barry Black, sporting a bow tie, got the Elizabeth Warren handshake that Bernie Sanders was denied last week and held on for ages as they talked. Sanders worked the room, chatting with Kirsten Gillibrand, Sherrod Brown and others.

Finally, the hundred senators took their seats at individual desks arranged in a semicircle facing John Roberts, chief justice of the supreme court. The sergeant-at-arms declared: “All persons are commanded to remain silent on pain of imprisonment.” Snacks were banned but drinks of water and milk were permitted.

This moment had been much hyped by cable TV but viewers hoping for the political equivalent of the OJ Simpson trial were in for a disappointment. There was no prisoner in the dock; Trump is thousands of miles away in Davos. This was reality TV without the reality TV president.

There was, however, the California Democrat Adam Schiff, the lead House manager in the impeachment trial, who once wrote a screenplay for a Hollywood crime thriller. He was not quite Henry Fonda in 12 Angry Men or Tom Cruise in A Few Good Men, but he did put Republicans on the spot over their pledge on oath to be impartial jurors.

In the Hollywood version, the chamber erupted in applause, heavenly horns played and a solitary tear trickled down McConnell’s face. In the Washington version, however, Republicans sat or slouched expressionless or studied papers on their desks, while McConnell fixed Schiff with a death stare as if intent on turning him to stone.

The Washington version also brought Jay Sekulow, a conservative radio host and shouty Trump lawyer, stepping up to defend the president by slamming his accusers for denying due process. He took his lead from Brett Kavanaugh at his supreme court confirmation hearing, so angry and aggressive that his voice boomed in the chamber, no doubt seeking his Fox News shout out, viral clip and, most prized of all, presidential tweet of approval.

“Why are we here?” Sekulow demanded, brimming with righteous indignation. “Are we here because of a phone call? Or are we here, before this great body, because since the president was sworn into office there was a desire to see him removed?”

It was an unwelcome blast of Trumpian bluster in these august surroundings. Now McConnell – who by obstructing Barack Obama’s agenda, blocking Merrick Garland’s supreme court nomination and embracing the Trump presidency arguably did more than anyone to bring us to this moment – sat back in his chair with a sly smile on his lips.

His tie was red; across the aisle, Schumer’s was blue. The politics of red team versus blue team ruled supreme. Flake was not the only one left sitting on the sidelines.