Home » News » Can Donald Trump and Boris Johnson save our world from anarchy?
5:33:00 AM

Can Donald Trump and Boris Johnson save our world from anarchy? 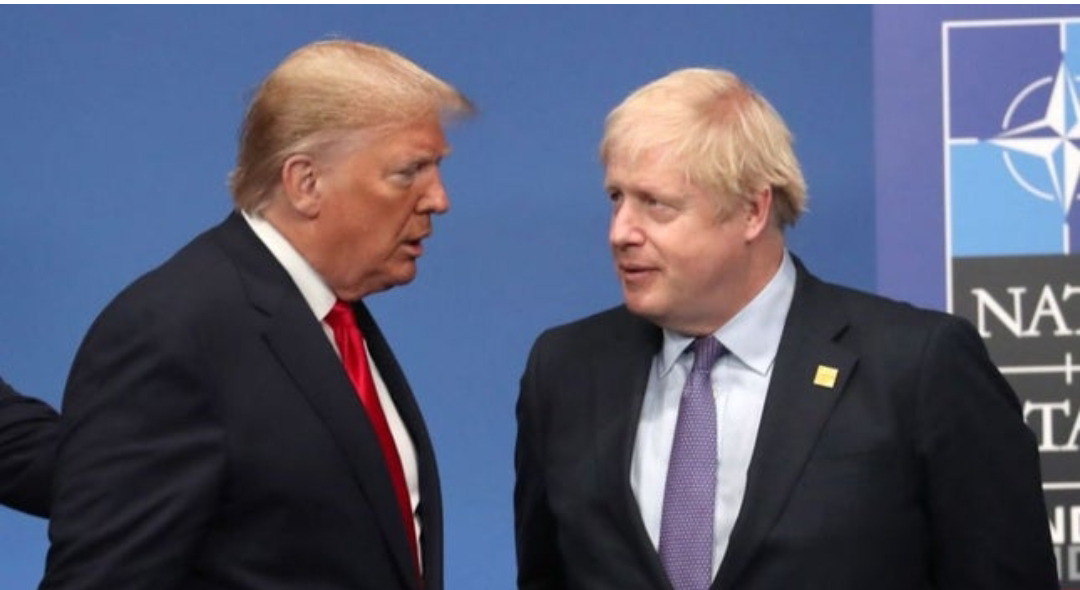 Pause for a moment to escape from the insanity of the unhinged partisan politics that apparently have engulfed our nation and take a quick peek at the rest of the world. If you do, you will notice to your dismay that much of the world is coming apart at the seams as it appears to careen toward global anarchy.

Yet two world leaders — U.S. President Donald Trump and U.K. Prime Minister Boris Johnson — are in positions of legitimate strength to stop, or at least delay, our world’s collapse.

From both sides of the pond, no matter which direction these leaders turn, they could point to nations in dangerous stages of unrest. In many cases, countries literally are on fire, besieged by increasingly violent protests and riots.

Potentially much more troubling what’s happening in Russia, China, Ukraine, Serbia, Albania, Pakistan, India, North Korea and much of the African continent. All are experiencing real threats to their stability, including protests and emboldened rioters.

Some of these countries have nuclear arsenals that may be at risk, or their governments may become more inclined to consider using them.

Totalitarian tactics of oppression brought about much of the world’s unrest. Some protests are the result of spoiled, pampered students and “activists” who aim to bring about their view of utopian globalization. They would eradicate borders, wealth, hard work, taxes, accountability, law enforcement and just plain common sense.

These activists become enraged when the false promises of Marxism and socialism collapse and they are told they will have to pay more for public transportation or fuel, or, heaven forbid, work a few hours more to add to the tax base that pays for their benefits. Cue the riots.

Many predominantly young protestors are being radicalized in dangerous and permanent ways.  Only a complete capitulation to their ignorant nation-destroying demands will satisfy them. Additionally, the “leaders” of countries that are under siege may be corrupt, incompetent, frozen by fear, or in socialist sympathy with those who are burning down their infrastructure.

But Trump and Johnson could emerge from all this anarchy as two leaders who may well represent the world’s best defense. These men mirror each other in critically important ways.

Many on the left — especially from the arenas of academia, the media and entertainment — like to pejoratively point out the superficial similarities between Trump and Johnson. Starting with their “wild hair,” the comparisons generally devolve to more childish schoolyard insults.

But interestingly, and ironically, three similarities that leftists attach to Trump and Johnson as badges of dishonor are that both men are not politically correct, can be considered populists, and are strongly anti-entrenched establishment.

So here’s a message to the left: Trump and Johnson are succeeding precisely because both men do hear the voices of all the people, do rail against the destructive outcomes of political correctness, and will fight those in the entrenched establishment who are in it for themselves.

Certainly, Trump and Johnson disagree at times, but Trump instantly recognized that he might have a lasting ally in Johnson. With the Conservative Party’s massive victory in the U.K. last month, Trump tweeted: “Congratulations to Boris Johnson on his great WIN! Britain and the United States will now be free to strike a massive new Trade Deal after BREXIT. This deal has the potential to be far bigger and more lucrative than any deal that could be made with the E.U.  Celebrate Boris!”

And that is exactly the point. Both Johnson and Trump realize that the European Union is part of the much larger problem of global unrest and self-destruction that threatens nations’ stability and that of the world as a whole.

The fact is, both men bring unique real-world experiences to their offices — Trump, as a decades-long successful businessman who has employed hundreds of thousands of people and Johnson, as a journalist, author and creative force who never has shied away from wielding cutting words as a rhetorical sword against ignorance, lies, power centers, failed policies or appeasement.

Each man, thankfully, marches to the beat of his own drum.

Barring some unforeseen situation, Trump will win reelection in 2020. When he does, he will have four years to work with Johnson to help right the situations that contribute to violence and anarchy. Together, they just might save our world from collapse.

As Winston Churchill said in his famed address to Congress in December 1941: “In the days to come, the British and American peoples will, for their own safety and for the good of all, walk together side by side in majesty, in justice and in peace.”

If Trump and Johnson cannot replicate that mission and victory, then lives, liberty and world peace will be in great peril.