If Democrats want to be free of McConnell, they have a lot of work to do 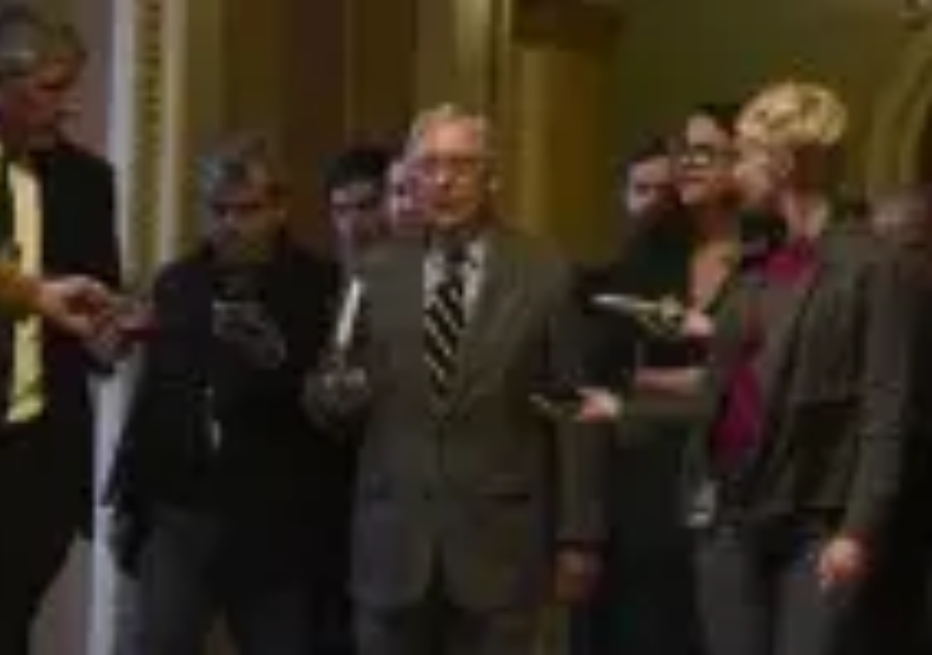 In return, the leader has delivered victories for his team to run on. Notably, he served up a platter of GOP tax cuts in 2018 and marched a phalanx of conservatives onto the federal bench in a three-year push that will affect American life for a generation.

No matter how queasy the president’s impulsive Twitter feed makes Senate Republicans (“thinking out loud with unverified facts” is the diplomatic description one of them uses), McConnell’s grip on his caucus is ironclad. In recent memory, he has lost only one significant vote: the dramatic thumbs-down rendered by John McCain (R-Ariz.) that killed Republican efforts to repeal Obamacare. Honestly, I think McConnell was secretly happy with that one. Who wants to own the health-care mess?

So Democrats are deluding themselves about wresting control of impeachment from McConnell’s bloodless grip. The only way to be rid of their nemesis is to win more seats. In the 100-member Senate, they need to grow their numbers from 47 (counting the two independents who caucus with them) to at least 50 or 51, depending on which party has the tie-breaking vice president. How likely is that?

If it happens, it will start in Colorado, where Republican Sen. Cory Gardner has an approval rating south of 40 percent. Popular Democratic former governor John Hickenlooper ran for president last year, but polls and donors pointed him toward the Senate instead. Like a lion on a limping gazelle, he has Gardner by the throat. One poll showed Hickenlooper ahead by 13 points, with a majority of voters in his favor.

Arizona is second on the Senate leader’s worry list. As with Colorado, migration and immigration have changed this Western state from rancher red to suburban purple, with strong tinges of urban blue. In a special election to fill McCain’s unfinished term, appointed incumbent Martha McSally (R) — the first female pilot to fly in combat — is slightly behind astronaut Mark Kelly (D), polls say.

Minus Gardner and McSally, McConnell would be down to 51 votes. His other concerns over the past year, someone close to him tells me, have touched on Maine, Iowa, North Carolina and a special election in Georgia. Of the four, it seems his biggest headache is incumbent Republican Thom Tillis in the Tarheel State. A popular Democrat could probably whip Tillis, but the opposition is having trouble coalescing behind a candidate.

Meanwhile, McConnell has his eye on a couple of possible pick-ups among the dozen seats Democrats are defending. In ruby-red Alabama, Democrat Doug Jones is clinging by his fingernails to the seat he won after Jeff Sessions left the Senate to serve, unhappily, as Trump’s attorney general. Now Sessions wants the seat back, and he will be harder to beat than Jones’s previous opponent, creepy Roy Moore.

Then there’s Kansas. McConnell had hoped to nail this one down by now, but the killing of Iranian Maj. Gen. Qasem Soleimani has foiled his plan. Secretary of State Mike Pompeo, a leading advocate for confrontation with Iran, told the majority leader on Monday that he won’t step down to defend the seat of retiring Sen. Pat Roberts.

Kansas Republicans had hoped Pompeo would save them from a possible replay of 2018, when polarizing conservative Kris Kobach narrowly won the party’s nomination for governor but got clobbered by centrist Democrat Laura Kelly in the general election. Kobach is back to challenge the rather ho-hum Rep. Roger Marshall for the Senate nomination. Democrats have cleared the way for state senator Barbara Bollier, who is so centrist that she was a Republican until 13 months ago.

Spurned by Pompeo, the stop-Kobach movement is likely to summon lobbyist Matt Schlapp of Wichita to the rescue. The chairman of the American Conservative Union and a frequent face on Fox News, Schlapp can expect support from his former employers at Koch Industries. On the other hand, he’s a rookie.

In sum, it’s folly to make predictions in the age of Trump. But if Democrats want to be free of McConnell, their most effective foe, they have a lot of work to do.