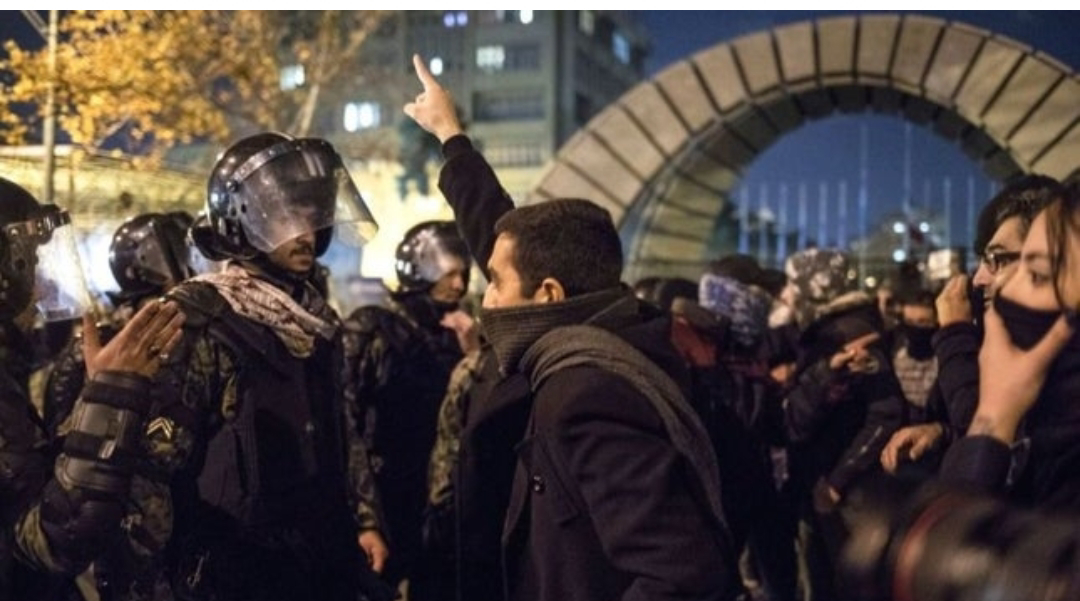 During the protests in Iran following the assassination of Qassem Soleimani, it was easy for Democrats and progressives to be confused by conflicting emotions and reactions to these events. But they shouldn’t be. We can revile Soleimani and the Iranian regime, oppose President Trump, and support the people of Iran.

Start with Soleimani. Whatever one thought of the operation to take him out, his elimination can be seen only as an act of justice. Standing at the head of a designated terrorist entity, driven by an ideology of hate, he directed an avalanche of attacks against innocents across the Middle East.

When not targeting Israelis and Sunni Arabs, the Shia militias he operated claimed the lives of hundreds of American troops. The next time you thank a wounded Iraq war veteran for their service, chances are their missing limbs were claimed by Soleimani. He had more than earned his fate, as had Osama bin Laden, and we need not mince words in saying so.

That doesn’t mean we shouldn’t be troubled by the apparent recklessness of Trump’s decision. A wide range of reporting tells us that the attack was based on limited intelligence, not the “imminent” attack on four U.S. embassies that Trump claimed. Even Trump’s own cabinet members, in their public comments and briefings to Congress, have declined to back up these attempts to inflate the intelligence ex post facto.

Whether an impulsive, emotional reaction to the killing of a U.S. contractor at an Iraqi air base and the assault on the U.S. embassy in Baghdad, or an option considered several months earlier in the event of American citizens being killed in Iranian attacks, there is no sign of any serious interagency consideration of, or preparations for, the major ramifications of such a strategic decision. That is amateurish, dangerous national security policymaking.

So far, we have been fairly lucky that a major escalation, more American casualties, and other worst possible outcomes have not occurred. But the story is not over yet, either in Iraq, where the U.S. military presence now stands on shaky ground, or in Iran’s ability to strike back in other ways. Let’s hold the end zone dances.

Trump’s broader Iran policy is a mess. He abandoned, rather than trying to strengthen, an imperfect but functional nuclear deal, and then imposed “maximum pressure” sanctions attached to no clear or achievable strategic goals. In the process, he alienated European allies who had been our partners in negotiating the Joint Comprehensive Plan of Action (JCPOA) and ginned up regional partners such as Israel and Saudi Arabia, only to spook them later when it became clear he would not defend them from Iranian aggression.

His non-response led Iran to escalate its attacks. Meanwhile, Iran has resumed nuclear activities in violation of JCPOA restrictions, shortening its path to a nuclear weapon if it decides to break out.

But our concerns about Trump’s decision-making and the sloppy conduct of his job should not blind us to the extraordinary moment now under way in Iran. After huge turnouts for Soleimani’s funeral, the regime’s initial lying about its forces’ mistaken shoot-down of a Ukrainian airliner, killing all 176 people aboard, seems to have re-lit a fuse of public ire toward the regime.

Despite hundreds of Iranian citizens having been killed and thousands arrested in another round of protests in late 2019, Iranians today are displaying unthinkable courage in the face of brutality, calling out their government for its lies, corruption, self-destructive zeal and oppression.

As progressives, and as Americans, in the face of these developments we should have only one side: that of the Iranian people’s right to peacefully protest. The regime is awful: repressive and violent at home, squandering resources to sponsor terrorism abroad, aggressive against its neighbors, and generally spreading mayhem throughout the region. Soleimani personified all this.

Trump himself has tweeted appropriately about the protests, even in Farsi. But while sound on their merits, his tweets’ weakness is that they come from him: an “America First” myope, a sell-out to autocrats he favors, a narcissist who appears to be focused only on what’s in it for him. Witness his muffled voice on the protests in Hong Kong.

Trump’s own commitment to the Iranian people is cynical and partial at best. Since his earliest days in office, he has imposed a travel ban on all Iranians coming to the U.S. and has stubbornly resisted calls, even from his supporters, to lift it. What a signal doing so would send now, yet he refuses.

But we should let none of that keep us from seeing that the obligation and interest of those who espouse progressive values is to support Iran’s people in their struggle. We can do so by voicing support for their right of protest, shining a light on the regime’s abuses, pushing our own government to lift the travel ban, and facilitating communication among Iranians, and between them and the outside world, when the regime tries to shut down the internet.

Like many others who served in the Obama administration, I believe we should have done all of these when the regime crushed the Green Movement protests in Iran in 2009. Democrats’ discourse on Iran now should take in more of these themes.

To be sure, we must support the Iranian people with realism. It is their struggle, not ours. There is a danger of intruding too much. And the regime still has supporters.

But the cry of Iranians for freedom resonates with us. The courage of risking everything to confront a regime that kills its own citizens inspires us. Iranians refusing to be cowed by the regime’s propaganda and dictates should know they have our support. Let’s stand firmly with them.