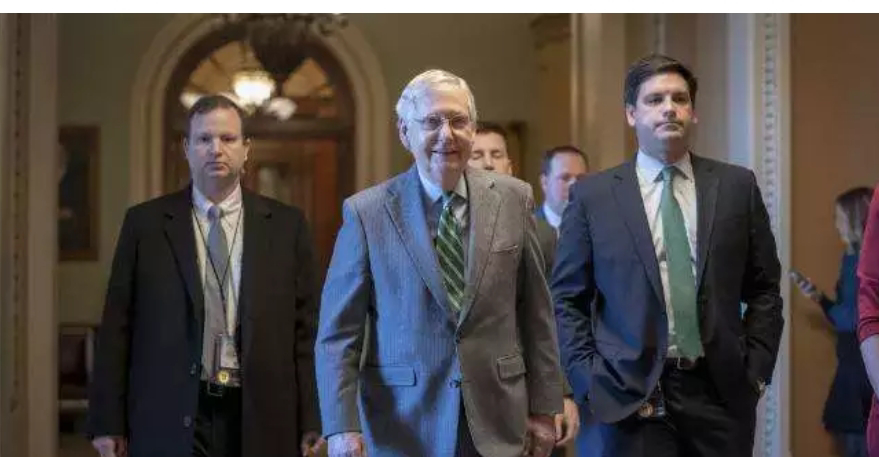 Senate Majority Leader Mitch McConnell has drafted the rules for the trial and they allow 24 hours or up to two days for House impeachment managers to present their case that Trump abused the power of his office and obstructed Congress to cover it up.

The resolution also prohibits the testimony of witnesses unless they are first deposed privately.

The resolution, which senators will pass Tuesday afternoon at the start of the trial, provides Trump’s White House defense team with the same amount of time to present their case.

It also provides Trump's team to offer a motion to dismiss the case as soon as the resolution setting the terms of the trial is adopted. But that motion is likely to fail because Republicans have indicated they want to hear the case before rendering judgment.

Senior Republican aids say the 24 hours provided to present both the case and the defense line up with the 1999 impeachment trial of President Clinton, except in that case the 24 hours were used by both sides over a three-day period.

According to the resolution, obtained by the Washington Examiner, senators would be provided 16 hours to ask written questions after the presentation of the case and the defense. After that, the Senate will hold a four-hour debate on whether to subpoena or call witnesses to testify or to seek additional evidence.

Finally, after witnesses are interviewed, the Senate will vote each of the two articles. It takes 67 votes to convict the president on either of the articles so it is unlikely Trump will be removed from office.

The resolution does not automatically allow all of the House impeachment investigation material to be used as evidence in the Senate trial.

A Republican aide said Trump’s investigation was “meaningfully different” from the Clinton impeachment trial because, the aide said, Trump as denied due process.

Clinton’s investigation lasted several years and the fight over witnesses was litigated in court.

“This resolution provides for the production of materials from the House trial to be printed and made available to all Senators and it allows for a vote at a later time on the question of whether or not it may be admitted as part of the Senate trial,” the aide said.

The battle over witnesses is less predictable.

Republicans warned if Democrats seek witnesses, they’ll call for their own list, which would include Hunter Biden, son of former vice president and current Democratic presidential candidate Joe Biden.